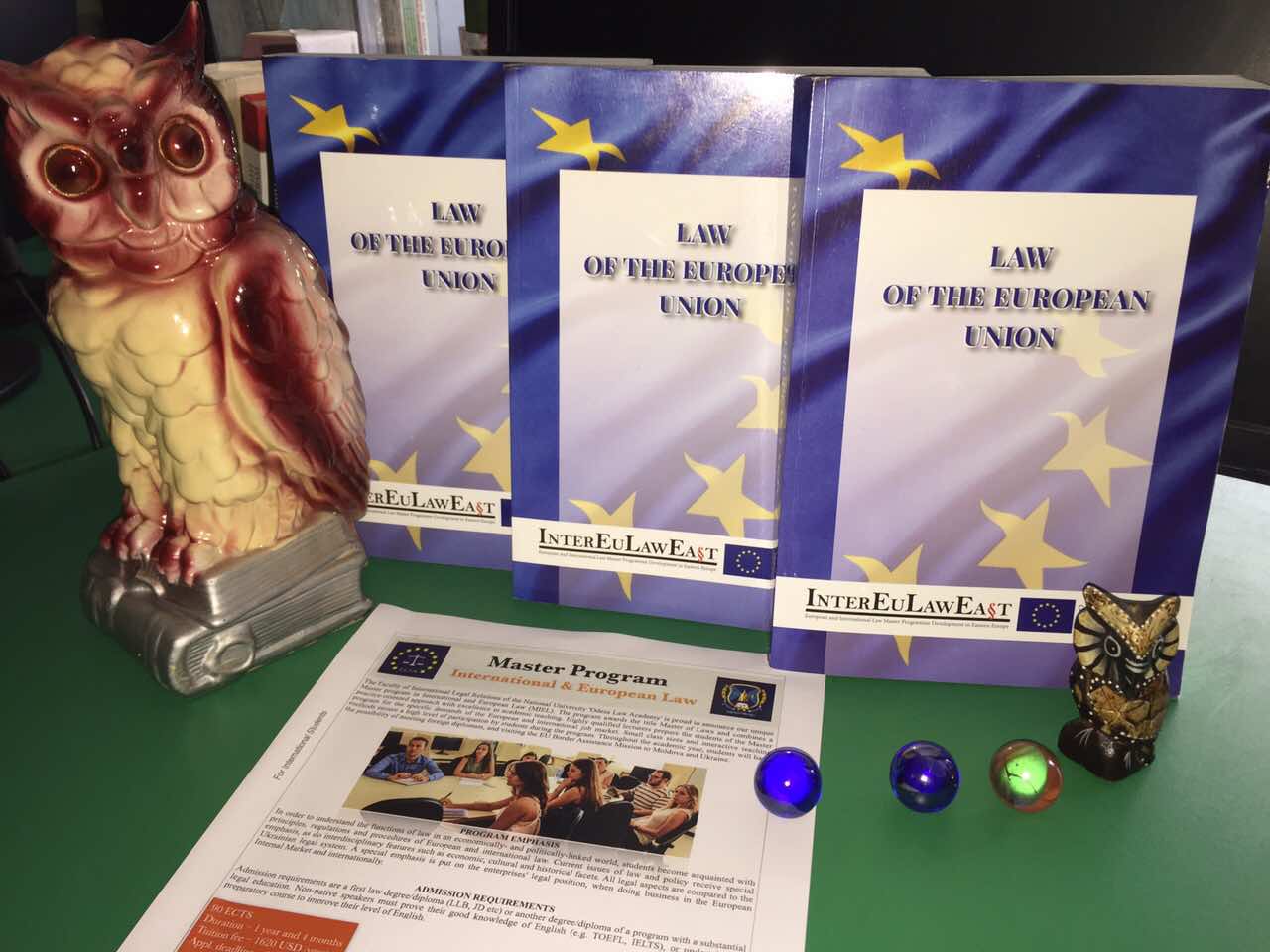 A book collection of Scientific Library of National University “Odessa Academy of Law” replenished with a valuable fundamental publication on Law of the European Union, which was created with the participation of leading scientists and with the assistance of TEMPUS InterEULawEast,

The representatives of Odessa school of law made a significant contribution to the realization of the project. Vice-rector for International Relations, Doctor of Law, Professor Vyacheslav Tulyakov was one of the editors of the publication. The author's collective included Professor T. A. Antsupova, Associate Professors Y. Y. Akimenko, A. N. Gladenko, I. S. Kryvtsova, N. I. Pashkovsky.