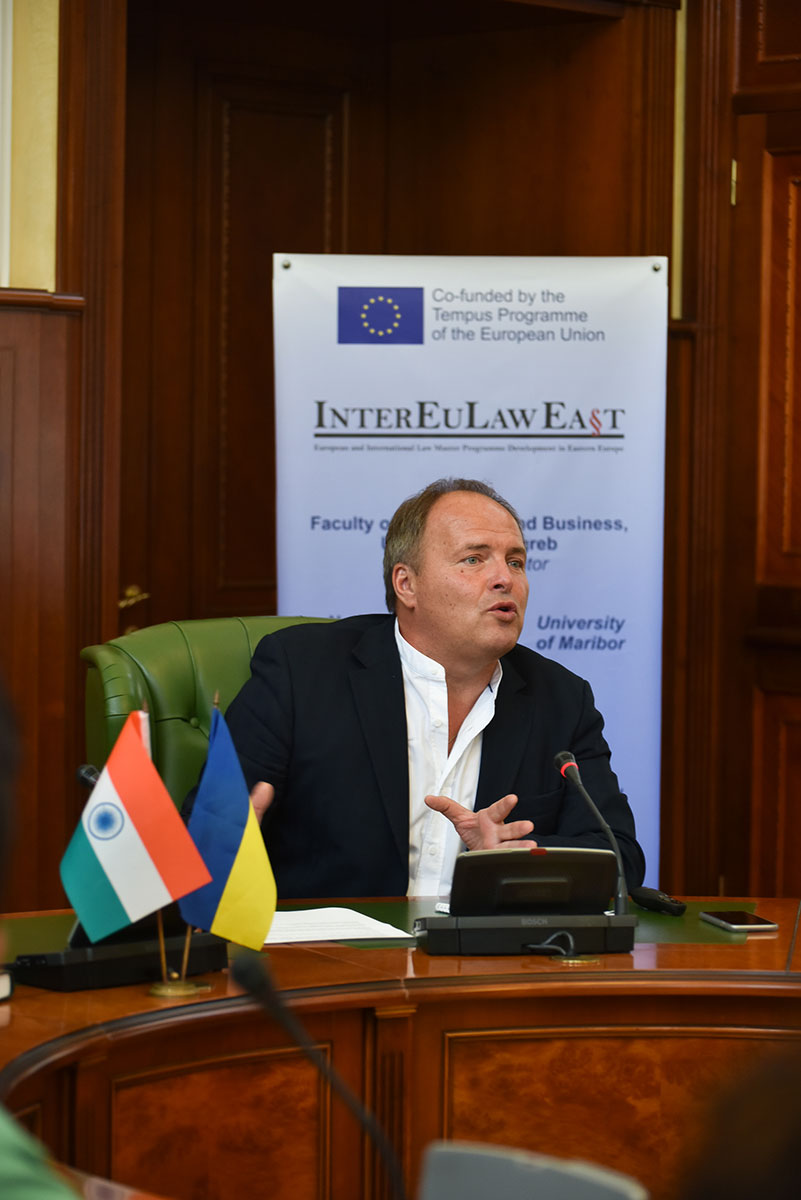 An extensive and cognitive program was prepared for the Indian guests. In particular, Vice-Rector for International Relations Professor Tulyakov Vyacheslav, told the Indian guests about the traditions and innovations of the Odessa Law School, as well as he mentioned the main directions of reforming the higher legal education in Ukraine. A special emphasis Professor V.Tulyakov made on the importance of preparation a new generation of Ukrainian law students of the innovative Master's program- "International and European Law". This program was created by the staff of the National University "Odessa Law Academy" within the framework of the IV TEMPUS project "Development of the Master's Program in European and International Law in Eastern Europe - InterEULawEast ". He introduced to the entire guest the goals, content, methodology and features of the master's program.

Also in the frames of international visit the university professors, who participated in the development of the innovative master's program, read lectures for Indian students on the topics “Association Agreement between the EU and Ukraine: challenges andperspectives”, “Political and legal basics of the EU Internal Market” and “The dark Internet as a criminal area”.

At the end of the visit, Indian students expressed a keen interest in continuing their studies in the Master's program "International and European Law" in National University «Odessa Law Academy».