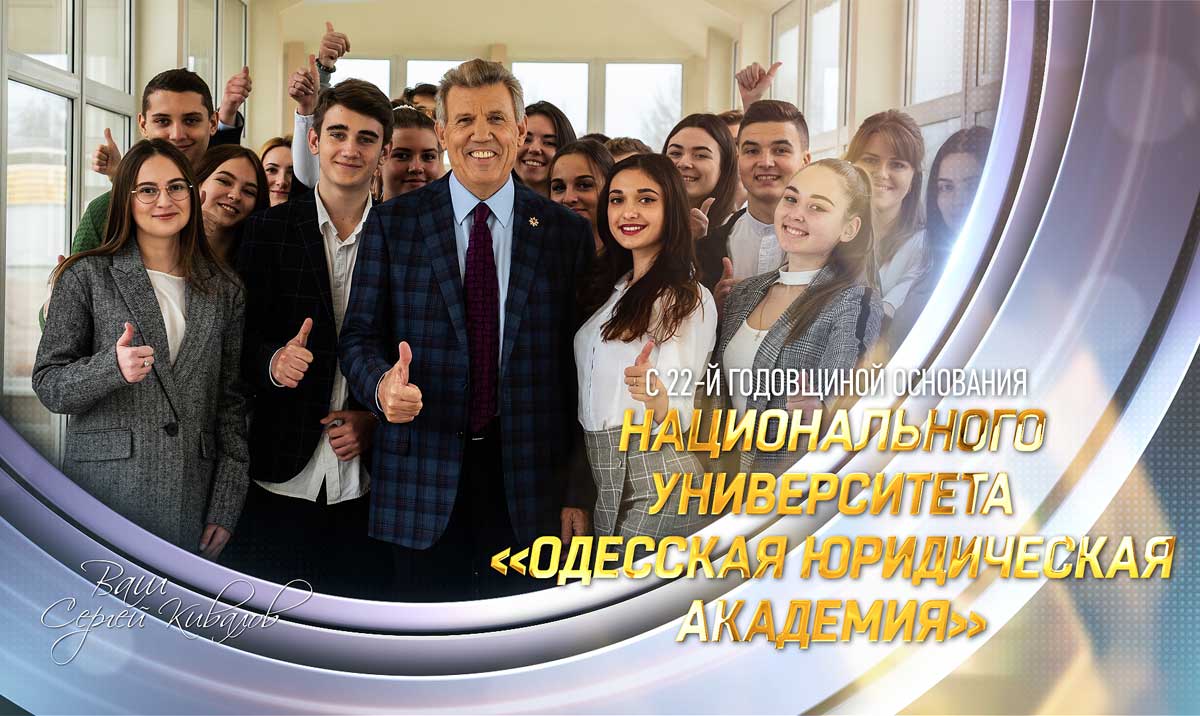 and IT start their careers and become real professionals as well.

Today, we recall 1997, that exciting fateful moment when the Academic Board unanimously decided to create a new educational institution - Odessa State Law Academy when the Institute of Law of Odessa National University was reorganized according to the Resolution of the Cabinet of Ministers of Ukraine. This decision, which has become truly historic, was of great significance for Ukrainian legal education and science. I am grateful to everyone who supported me 22 years ago when they elected me as a Rector of the established university. At that time, the students and professor of the Institute of Law were transferred to the Odessa State Law Academy. All that we had, was the only building dilapidated by fire, where lectures were conducted in the morning, and in the afternoon teachers and students made renovation in the first educational building. We firmly believed in our idea, and it came true.

In summary, we can proudly say that we were able to revive Odessa School of Law and gain a leading position in many respects. Today we really have something to be proud of. I want to express my sincere gratitude to everyone who stood at the origins of the creation of the university, who worked for many years and created glory of their university!

With a glance at our students and graduates, the future of Ukraine is very optimistic.

With all my heart I want to wish the Alma Mater to reach all the peaks in its path, be the first and always win!