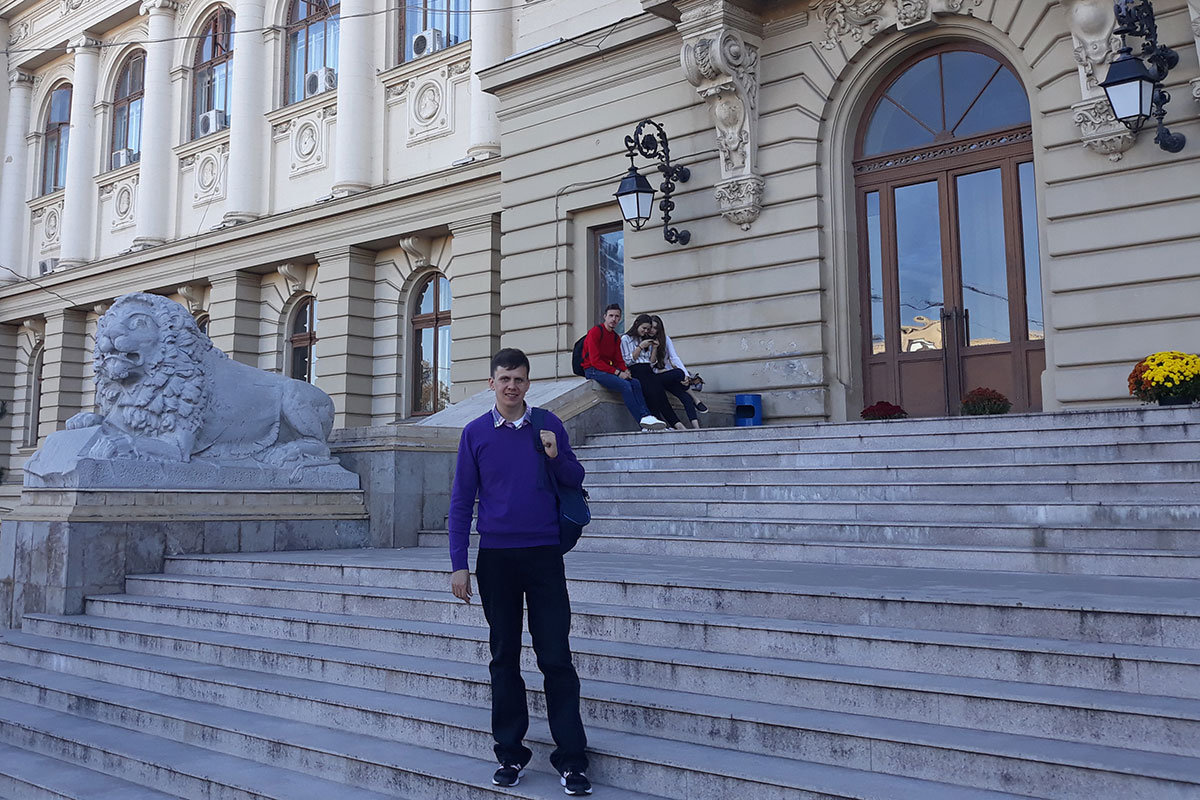 Vladislav Dronov, Associate Professor of the Department of International and European Law, Candidate of Juridical Sciences accomplished a five-week internship and conducted research at Yasu University named after A.I. Cuza in Romania.

During the internship, V. Dronov studied the rules for admission to higher education institutions in Romania; students' rights and obligations; training funding in Romania; quality assurance of higher education; students' employment issues; the structure of Romanian universities in the context of comparison with Ukrainian legislation and practice.

I was lucky to attend the rector's seminar on "Universities in Europe, 30 Years after the Fall of the Iron Curtain". The information and experience gained during the internship, new contacts and ideas will be surely used in the future, and for those who hesitate either to participate in such events, I want to wish success, says Vladislav Dronov.