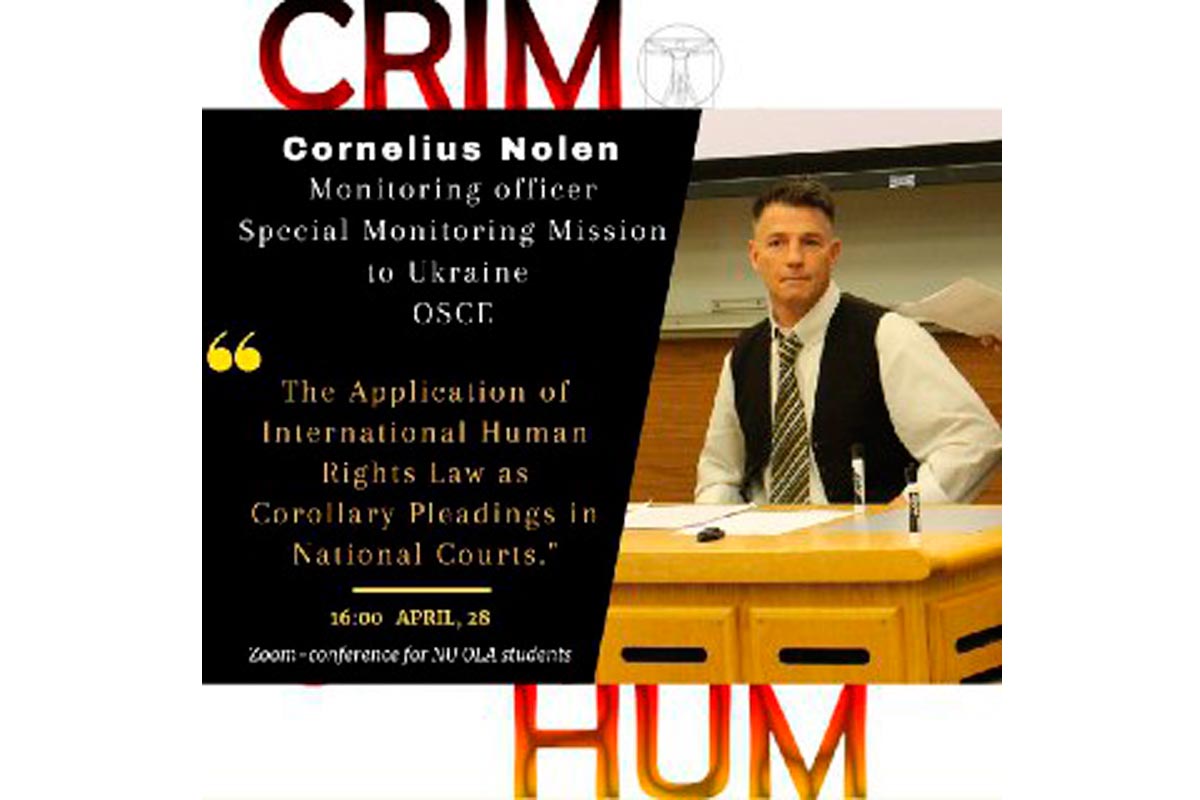 In the framework of Erasmus+ СRIMHUM project on Modernisation of master programmes for future judges, prosecutors, investigators the open online meeting with Сornelius Nolen was held on Аpril, 28 at 16:00 o'clock.

Cornelius Nolen is an American lawyer in the field of international human rights protection. He holds a doctorate in law as well as a master's degree in cultural anthropology. K. Nolen has worked in the field of refugee rights in the non-governmental sector in the United States and Central America, in conflict and post-conflict missions in Kosovo, Serbia, Afghanistan and eastern Ukraine - as a UN Legal Adviser and as a representative of the OSCE Special Monitoring Mission. During his work, Cornelius, in particular, fought for the right of women to justice, as well as for the rule of law for the civilian population in armed conflict.